Extreme date with an extreme narcissist

When it comes to narcissistic connections, I have seen and experienced a lot myself. However, what happened to me on a date now, surprised me even…

With the gentleman we got to know each other through the internet and after a short chatting time he asked me to meet in person – I was in, why not. You can get to know a lot about someone through writing to each other but the truth is revealed anyways when we meet in person.

We went to have a drink one evening then.

The young gentleman lives in Hungary for more than a decade, he speaks Hungarian, however he was born and raised elsewhere. In the first 20 minutes of our meeting it was only the anger and frustration flowing from him about how difficult it is to get the residence permit here in this country, how many times he was rejected and fooled and he still hasn’t received it yet, even though many of his friends could arrange it easily.

When we were still chatting on the internet, he mentioned that he is studying to be a dentist, but this year he decided not to continue with his studies, as it got boring. This aspect became interesting only later on, as we are talking about a 38-year-old man, who – as it turned out – up until the day of today hasn’t really worked. He was mainly trying to find his path, being supported financially by his family from far away.

So, after the sh*tstorm of the first 20 minutes, it became suspicious that our views of life do not match.

But what came after this, caught me off-guard.

If we get the list of symptoms of the narcissistic personality disorder, on this date I could put a tick next to all of them one by one. Really heavily….

The main point on this date for the gentleman was to be able to pour all his frustration of the soul on me. How many times and by how many people he has been rejected, how bad it is for him, how he cannot find a job, how depressed he is and how much he would need someone to help him.

He did set himself up as being the biggest victim in the world.

In the beginning I was trying to tell him, that if he had a bit more positive attitude towards the things of life, maybe he could get that back from the outside world. Of course, he could not internalise this concept. Because he is perfect, only everyone else is stupid in this world. 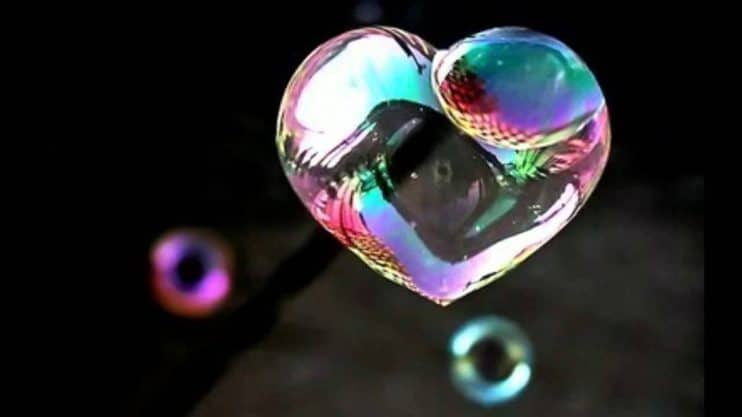 During our one-hour meeting he started to type on his phone three times. During the first one, I only asked if everything was all right, trying to understand why he has to chat on his phone in the middle of a date for 5 consecutive minutes. Yes, sure, everything is OK, he just needs to chat with his accountant, as he needs the help and he can only reach the accountant now… Ahham, cool… When it happened the second time, I asked him whether he realises that this is a rather unpolite thing to do, while he is on a date.

He was not really bothered actually by being a douche. What more, he was not bothered at all. Because he cared about himself only.

We were at around the 30th minute, when he almost yelled at me that I don’t even talk about myself, so I should. Oh, my friend, what can I say… Maybe that in the first 30 minutes you were pouring your sh*tstorm on me and you didn’t even have a question for me? Or maybe that if you were interested in me, you would ask specific things and not only throwing me this “talk about yourself” sentence? I decided to observe this whole situation a little bit more, so I started to talk about myself.

He could hold on to this for like 2 and a half minutes, when he took back the word to himself and continued with talking about his own things.

In the meantime, though, it turned out that in the past I worked for such companies, where he wants to find a job, but well, he is rejected from everywhere. Even though, that if he was hired by such a company, he could be the CEO right away for any of them. (Wait, what???) But he is not employed by them, despite him applying for very entry level positions and would do anything. At this point I couldn’t resist but ask him, if ever in his life he has done any such kind of entry-level work. The answer – of course – was a no. This was that line of the story, when it became clear for me that he is showing the megalomaniac symptoms of the extreme narcissistic people. He puts himself above all the other people but no one recognises the fact that he is a genius and could be the one and only God himself. And this is due to everyone else being stupid, only him being the role model of perfection. Still.

He even got back to this topic, many times. Many-many times. Saying how grateful the people around him are for knowing him, how much they look up to him. Even though he hasn’t worked a day, so far, he got the money from home and in the meantime, he is convinced of his greatness and talent – because of which he does not take any crappy job, of course, as he – if he got hired – could be the CEO right away.

There are serious issues here….

But he saw the opportunity here. Me saving him.

“Then I send you my CV and you will refer me to these companies” – he told me. Told. Not asked. Told. Basically, he ordered me to.

I informed him, as a reply, that it does not work this way, I will not refer him, as I don’t know him, this is not my task to do and anyways.

“But this is the minimum that you can do to help me find a job! Can’t you see that I am suffering??!”. Come again?? Wait, what?? There is no minimum here, it is not my task to solve your life issues and it is definitely not a first-date topic.

Well, this is where the lowest part of our conversation started.

In the meantime, he also informed me that this evening he could have met any woman she wanted to, but he chose me. So that I can feel myself honoured for meeting such a man. Well, I did feel honoured, but not exactly for the reasons he thought so. But because of me being able to meet the most extreme narcissistic person of my life and learn this lesson for once and for all.

While talking with him, I saw in front of my eyes the list of the symptoms of extreme narcissism and on this list one by one lighting up those things that he showed. Now, thinking back to this, it could have even been funny for me…

However, at this point of the meeting I felt explicitly uncomfortable by him pushing his problems on me (even though I have a high threshold, maybe even too high), and by him pushing me to save him and find him a job. And I did let him know this feeling of mine.

He got crazy mad about this. He is not pushing me, what do I think??!

“You are not right to feel what you feel, because I am not pushy.”

Oh my…. Do we watch the same channel, my friend?? I think you are sitting with your back to the whole TV…

Then came the sentence, which possibly could be found with bold letters in the encyclopaedia of the psychology of the narcissism: “You are too sensitive, you are not right for feeling this way, as I have only been nice to you”.

This is where I completely and utterly lost it. 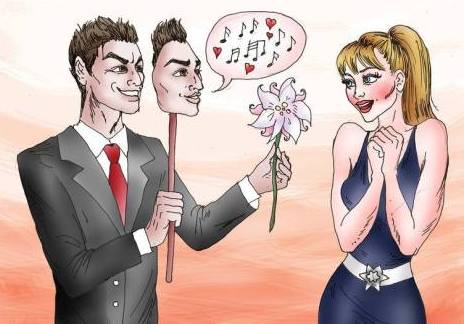 Here is this man, sitting in front of me, who has such a distorted view of reality which I have never ever seen in my life. He claims that his psychologist told him, that he feels honoured for this guy going to his therapy. I would really like to see that psychologist, who says such things to their patients. But I help here. This can never happen. Ever. But this man’s sense of reality was so-so far away from the truth, that it started to become scary.

I was sitting there with him at the terrace of the Akvarium bar and I wanted it to turn out that he is only joking.

But he wasn’t. He said and believed all these things with complete seriousness. That he is a superior human being but no one notices it and he is the victim.

Honestly, I got scared.

When – after the pushing-down war – he started the frontal attack, saying that actually everything is my fault, that was the lowest of all.

This was the point when I could not maintain any more any kind of observing self of mine and I started to laugh (which was a method of diffusing my tension at that moment).

I told him that this was the end, thanks a lot for the glass of wine but the night is over for me here.

He told me to at least wait for him until he drinks his beer. And he continued that I will never be able to find such a great man as he is, as I will only be able to find a 70-year-old crap for myself, who cannot reach his greatness.

Oh My God… What does he think??

At this moment I stood up, told him that I hope he finds what he is looking for and I got the hell out of there.

I don’t like to leave like this, but I had no other chance here. This one-hour long encounter deserved this action.

Now, that I am writing this summary, I am still shocked. I thought that I had already seen brutally extreme narcissistic people. But after this, I had to admit, that I hadn’t.

This man was the most severe of all. I cannot even imagine how damaged someone will be if she decides to start a relationship with such a man.

These are the times when I am really grateful for my work, for my experiences, through which it was absolutely obvious for me that there are big issues here. Clinical-level big.

I hope that you, who read this now, will learn from this through my experience and you will never have to experience it yourself.

If you liked the article, visit my Relationship and Dating Article Compilations to read more.